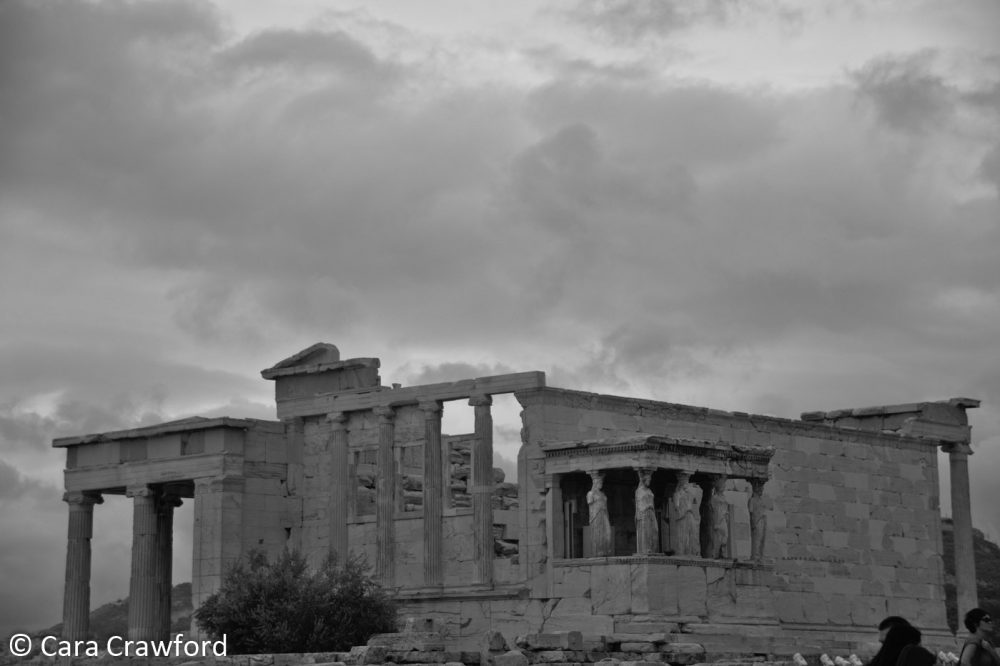 “Honey, We are not in China anymore.”

This was the phrase that ultimately describes our first day in Greece, and it was absolutely, one hundred percent fabulous!  Even at the airport in Athens the fabulousness began, as we exited and had motorcycles and cars literally stop for us to cross the street (it was jaw dropping politeness, let me tell you).  We were both so stunned at the occurrence that it took us a second to realize that the vehicles actually stopped for us and that we could cross the street without cars literally speeding up to come at us in the road (that is not an exaggeration of cross the street in China, by the way, although I can’t tell you how much I wish it was).  After our marvelous street cross experience, we took to buying bus tickets and getting to our hostel in the city, another awesomely easy task as, holy amazingness, people here speak English!  I had completely forgotten how easy it is to get around when you don’t have to learn another language.

After bussing it for about an hour we finally ended up within walking distance of our hostel.  We walked, arrived, rested, and then promptly headed out on the town for some exploring.  We found the Athens flea market, which, much to Justin’s dismay, was full of leather shops selling sandals, boots, handbags, and jackets, all it which were amazing and I wanted to buy all of it, but ended up with a pair of handmade leather sandals and leather boots (for now!).  Justin now understands how addicted I am to leather and proceeds to grab my hand and pull me away anytime we pass a leather shop.  We bought a couple other souvenirs and then walked back in the direction of our bed stopping only for some dinner and gelato.  Ohhhh heavenly gelato, how I have missed good ice cream!!!  So scrumptious, and in every flavor of deliciousness you can imagine.  And of course I can’t forget the mouth watering  gyros we had for dinner. Yum!  It has been far too long since we have been able to eat Greek food at our fabulous little Greek restaurant in Blacksburg, VA.  After obliging our tummies, it was time for some much needed rest, before our day of sightseeing tomorrow.

We awoke the next morning to breakfast awaiting us on the table in our kitchen (each of the rooms at the hostel were more like their own little apartments) of a loaf of bread with feta cheese, butter, and jam, coffee, and orange juice.  After breakfast it was off to explore the Acropolis, which sits on top of cliff smack in the middle of the city, which is a pretty cool sight in itself.  It turns out we really lucked out in the planning of our trip as this weekend happened to be a holiday in Greece to celebrate it’s history.  As a result, all entrance fees to the archaeological sights were free.  We explored the ruins at the bottom of the hill and then proceeded to walk about halfway up to the top before the downpour came, which, of course, happened because I had packed for sunshine and brought no rain gear what-so-ever.  Luckily we were inside of a little museum when it happened and thus were able to wait out the storm, thankfully because it was a really cold rain.  After the downpour past it was still lightly raining and the clouds didn’t look like they would be letting up anytime soon, so we walked back down to the base of the cliff to buy some ponchos.

Two overpriced ponchos later, and we were up and running, hiking up to the top of the Acropolis.  We felt slightly like ants marching along with the abundance of tourists, but it was still pretty cool none-the-less.  Of the Parthenon, Erechtheion, and Temple of Athena Nike, and Theatre of Dionysus Eleuthereus, the major attractions that make us the Acropolis, the Erechtheion and the theatre were by far my favorites.  The Erechtheion built in honor of both Athena and Posiedon, and uses statues of Athena used as columns in one part of the building.  The theatre was awesome, and very reminiscent of our modern arena stands and theatres. The Parthenon was of course impressive, but part of it’s beauty was obscured by scaffolding as it is currently undergoing some restoration.  All of the structures were incredible though, especially when you consider how long ago they’d been built, and all the tests of time and war they have withstood.

Next we hiked up the adjacent hill for a more distant view of the Acropolis before hiking down for some more delicious food.  From the top of the Acropolis we saw another hill a little farther out in the city, with what looked like a little church on top, and decided to head up there after lunch.  It took us a little while to find the entrance, made complicated by the fact that street signs are sorely lacking in Athens, but we found it and eventually made it to the top for some stunning views of Athens that revealed just how sprawling of a city it truly is.  We were also able to see the Olympic stadium where they held the opening ceremony of the 2004 Olympics in Athens from the peak.  After enjoying the view and the marvelously clear sky (another sight we don’t have the pleasure of seeing too often in China), as the storms had all past now, we headed down the mountain to meander our way back to the hostel.  On the way back in that direction we passed another archaeological site with massive columns standing in the center that we still don’t know what it actually was, but it looked pretty cool, I can tell you that.  Our way back to the hostel landed us at another Greek grill restaurant, at which we ordered the mixed grill.  Out came a mounding tray of french fries, salad, pita bread, souvlaki meat, and kebabs.  This was pretty much the epitome of Greek fast food, and we loved every second of our dining experience, even the part where it left us waddling back to our hostel and rolling into bed!