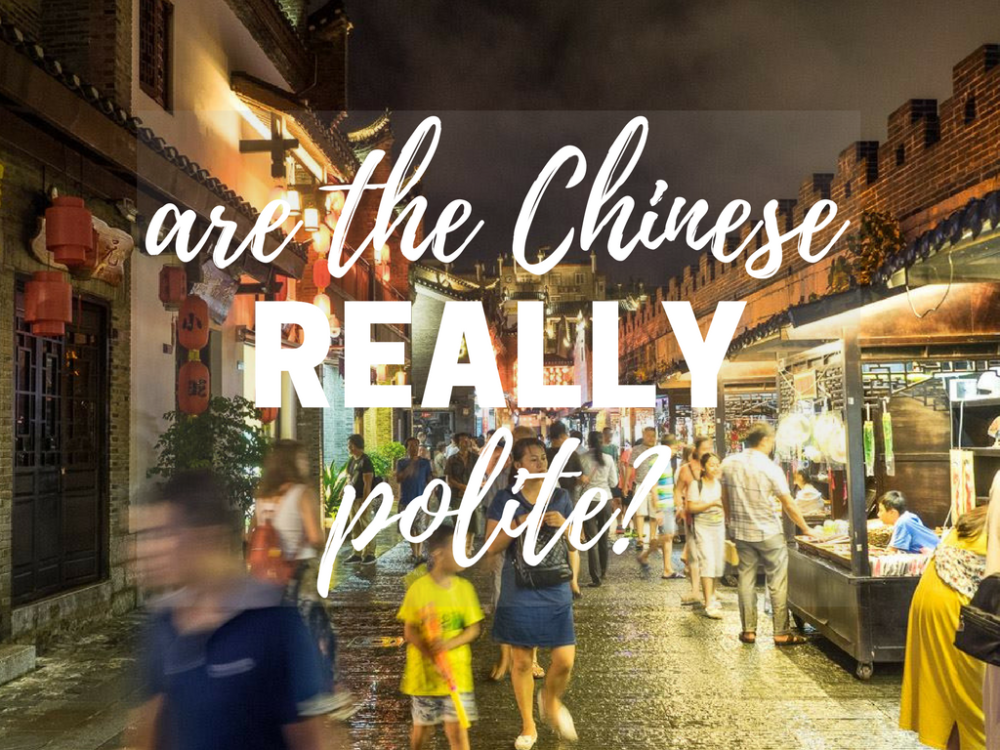 This post was inspired by my taxi driver in The Netherlands who, upon hearing that I lived in China, said: “Oh, wow, the Chinese, aren’t they so polite?”

I literally had to stop myself from bursting out laughing. Who is he kidding, the Chinese, polite?! Are you sure you’re talking about the right people?

Even in my head that sounded a bit harsh, so I held my laugh, and my tongue before responding.

If you haven’t guessed by now, my answer is, laughably, no.

After getting assaulted from all senses at once on a daily basis by the incessant honking on the street, the hawking and spitting, the pushing and shoving, the unnecessarily loud phone conversations in public, the stench of body odor from someone standing next to you who’s clearly never heard of the concept of deodorant, the burping in restaurants, the littering everywhere, and countless other examples of insane rudeness that occur every second of every day in China you’ll have to forgive me if I err on the side of “actually, the Chinese are about the least polite people I’ve ever encountered”.

Don’t get me wrong, the Chinese can, in fact, be very polite people, it’s just that in China, well… not so much. It’s a bit of a conundrum. Chinese living in another country being super polite and those living in China to not be.

The truth is this is not the first time I’ve heard this, far from it. And it got me thinking, what is it that gives people this impression?

After pondering this conundrum for a bit I think I’ve come up with the answer, or part of it anyway.

There are 2 major factors at play in this situation.

1. The Chinese that can afford to live in another country are within the top 1% of the population, however you want to slice it: economic status, education, etc..

2. Transplant any Chinese person into a foreign country with unfamiliar surroundings and they’re going to need some guidance and connections to help them, just like you would. In order to build these things, they need to save face.

As a developing country, China still has a major gap between rich and poor. Money and connections (guanxi 关系) are everything in China, and they go hand in hand. The wealthy have powerful connections, both in the domestic and international arenas, that allow for better jobs and opportunities to go abroad. Money also allows for a better education, not just in terms of academic knowledge, but of the world and the way societies and systems work outside of China’s borders.

Also, as we all know, traveling abroad is expensive, especially in the developed world. In a country such as China where the cost of living is so insanely cheap, and there are so many logistical hurdles citizens have to jump over to be able to go abroad (ie the government makes it hard for its citizens to mobilize) if you don’t have the money, you’re pretty much stuck in China (or Asia at least).

The more money you have, the better education you get, the more opportunity you have to live and travel abroad.

Thus those of us living in the developed western world are likely only running across the highly educated, cultured Chinese who are aware of the behavioral differences between their own culture and that of ours.

Getting into the Chinese concept of face is a bit more tricky.

We might say, “Yeah, obviously, we do the same thing in our countries too” but I bet your bottom dollar we don’t take it to anywhere near the extremes that the Chinese do.

The Chinese culture lives and breathes the concept of face. Saving face is EVERYTHING and it is so ingrained in their world, since birth basically, that it’s as if by the time a Chinese girl or boy becomes an adult, “face” has invaded into their subconscious. They make decisions based on whether or not they will save face. It instinctually decides their actions and words such that it can not be simply turned off upon moving to another country.

So, how does one save face in a new country? By doing things like being extra nice and polite to make sure that people like them and putting their best foot forward at work so their colleagues respect them.

Does this mean that it’s all an act and the Chinese are actually really rude? Of course not, it’s just that what’s considered rude in the west, would be perfectly normal behavior in China. Pushing to get into a crowded bus, calling a waitress over to your table at a restaurant, answering the phone in the middle of a meeting at work, for example, not rude at all to them, but I bet reading that just made you cringe.

When you aren’t quite sure what’s acceptable it’s best to err on the side of caution, aka, extreme politeness.

So, are the Chinese REALLY polite?

I guess the real answer is “It depends on your definition of polite”. 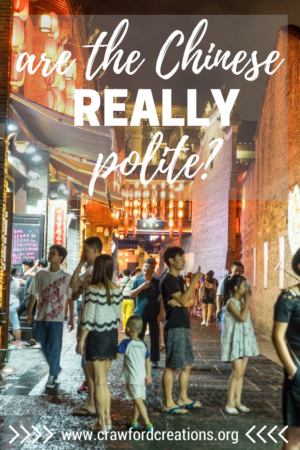